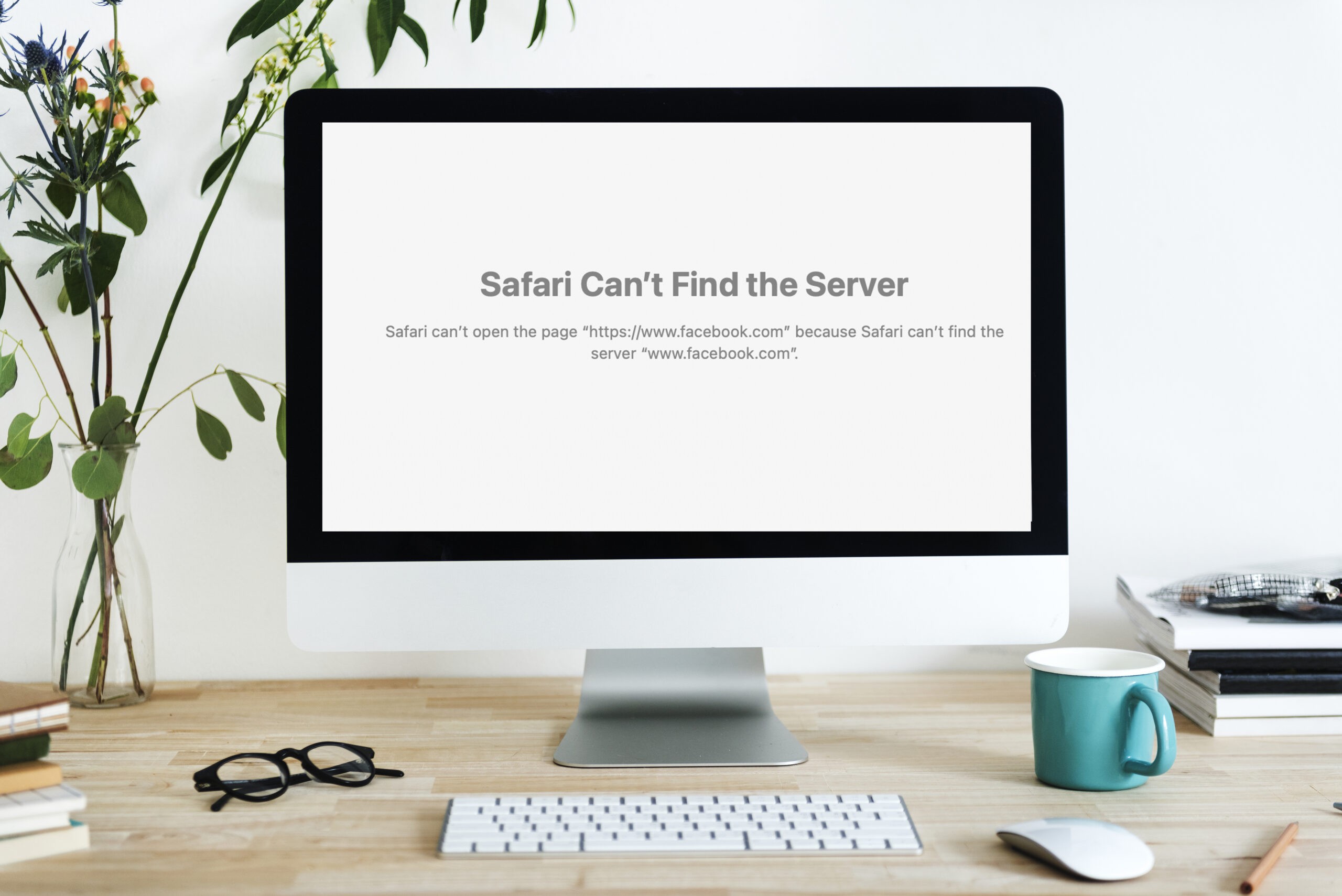 It may not seem like a big deal to you, but it is. Even brief breaks in connectivity with apps can have a dramatic impact on their apps numbers for months or even years!

Telegram has said it is experiencing performance issues because of “all the new folks signing up” while WhatsApp is down. Telegram is an app we love!

It’s not just you: Facebook, Instagram, and WhatsApp are all currently down for users around the world. Eerror messages on all three services across iOS applications as well as on the web.  “Sorry, something went wrong,” “5xx Server Error,” and more is being said instead of the normal feed they have taught us to depend on.

As the New York Times reports:

Facebook has already been dealing with plenty of scrutiny. The company has been under fire from a whistle-blower, Frances Haugen, a former Facebook product manager who amassed thousands of pages of internal research and has since distributed them to the news media, lawmakers and regulators. The documents revealed that Facebook knew of many harms that its services were causing.

In a statement, WhatsApp acknowledges that its service is down:

We’re aware that some people are experiencing issues with WhatsApp at the moment. We’re working to get things back to normal and will send an update here as soon as possible.

We’re aware that some people are having trouble accessing our apps and products. We’re working to get things back to normal as quickly as possible, and we apologize for any inconvenience.

Facebook’s internal Workplace site and associated services for employees are also suffering from an outage today, according to Jane Manchun Wong. The company has distributed a memo to employees about the issues.

“The thing I saw at Facebook over and over again was there were conflicts of interest between what was good for the public and what was good for Facebook, and Facebook over and over again chose to optimize for its own interests, like making more money,” Haugen told “60 Minutes.”
“60 Minutes” correspondent Scott Pelly quoted one internal Facebook (FB) document as saying: “We have evidence from a variety of sources that hate speech, divisive political speech and misinformation on Facebook and the family of apps are affecting societies around the world.”

The morning after, October 4th, Facebook, Instragram, Workplace, Messenger and Whatsapp they all shut down following the 60 Minutes peice.

Here is how CCN is covering it:

Check out their perspective.

It began shutting down.

I kept reloading and watching the awareness rise that the great social outlets have shut down communication. 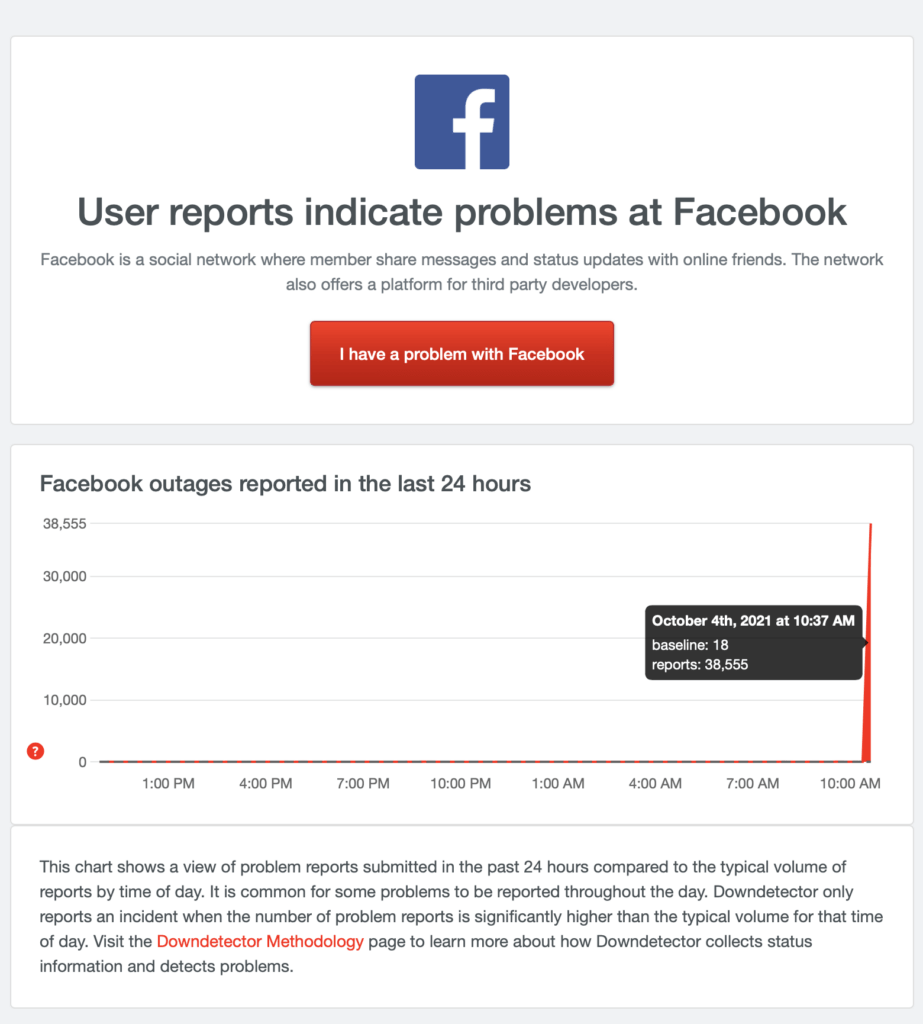 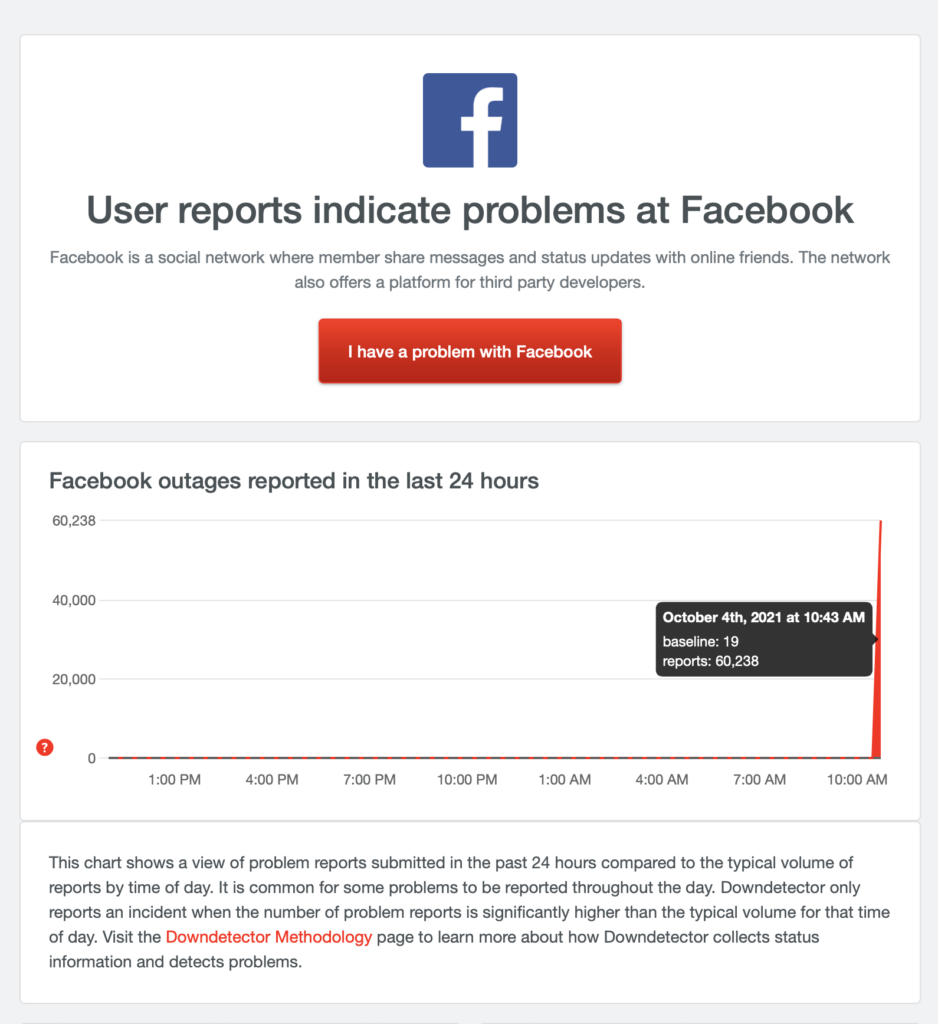 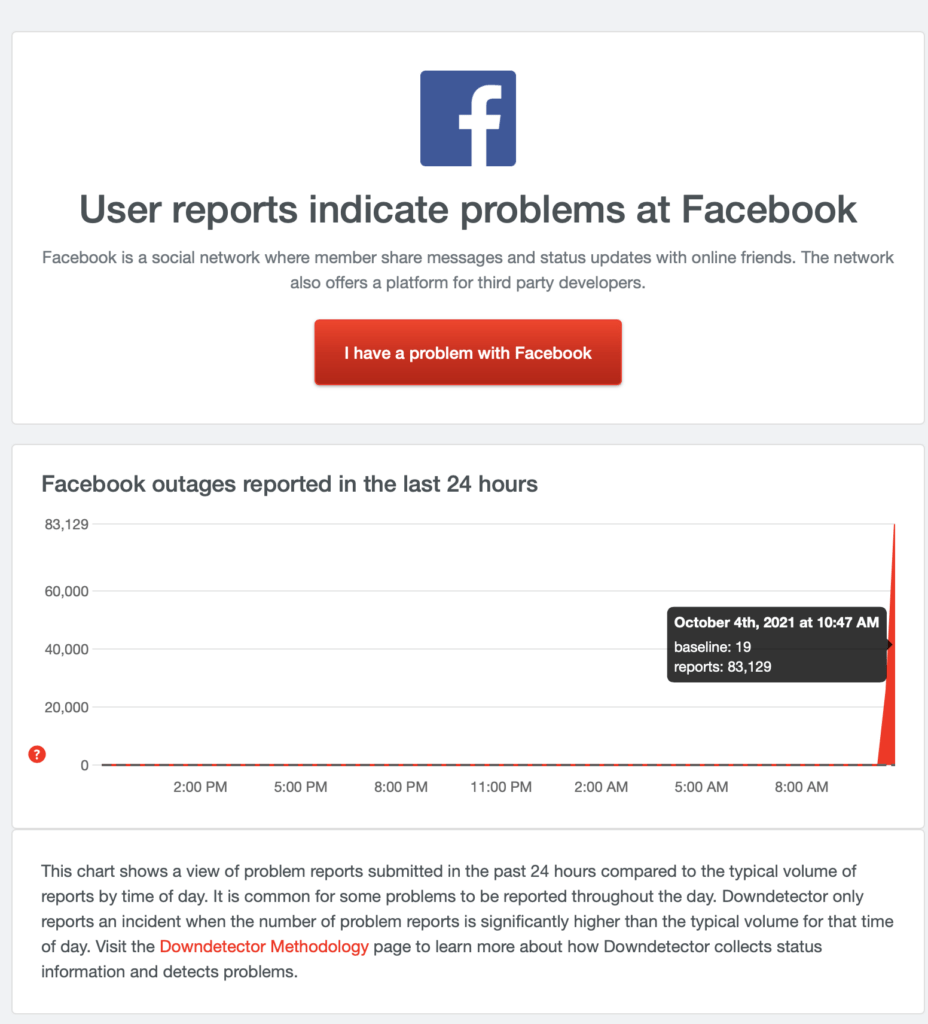 When will we be back up? We don’t know, BUT we are monitoring and are ready to run as soon as it is as well as we are evaluating what platforms you can join in place of the mighty 2 giants.