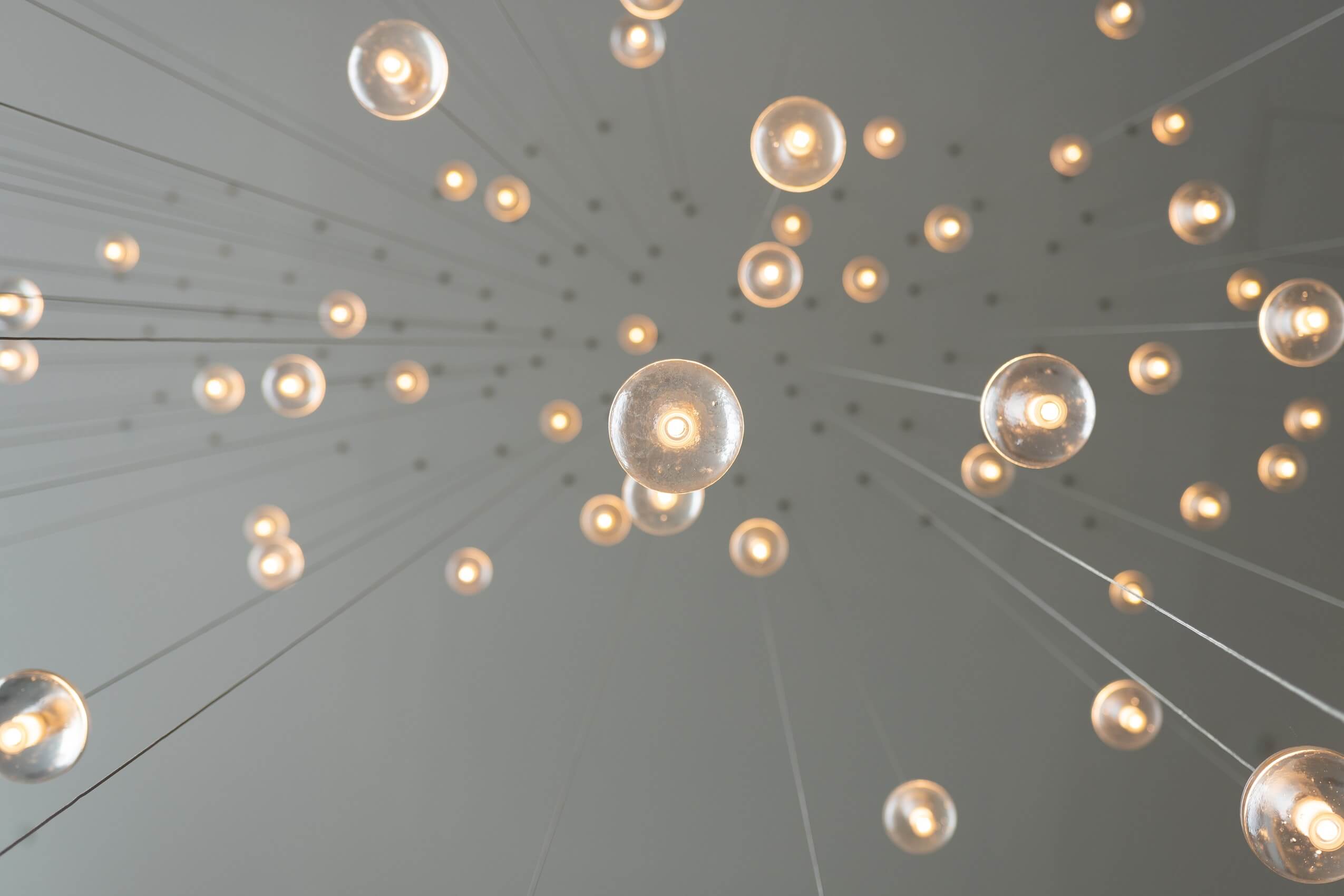 Influencer Marketing is a long overdue marketing channel that churches should stop ignoring. I’m going to deal with common objections, but to really put all major objections to bed you need to see how and why you should use influencer marketing. Implementation is ultimately what will deal with all objections. For some insights be sure to check out the video.

Churches are often accused of being behind the curve on communications and marketing. This is both a valid complaint and also reasonable behavior. Not every up and coming trend is going to make it big. I served as the missions director at a church and for a marketing campaign, I created a display in our main lobby that integrated Google Earth and our missionaries. And you interacted with it via motions and gestures. The idea was that someone could stand in front of the 60” tv screen and wave their hand to spin the globe, use a gesture to select a missionary and learn more about them.

It was cutting edge and one of my most brilliant inventions. Also no one really used it. A few kids thought it was fun to spin the globe around, even younger kids liked gesticulating wildly just to see what would happen, and none of the adults wanted to look like an idiot standing in the middle of the church foyer waving their arms around. It is arguably my best bad idea (I’ve had a lot of pretty genius level bad ideas).

That particular campaign wasn’t an entire wash though. We also did a program that involved shooting a cooking video at a different church member’s home once a month. The cooking show featured a recipe that was submitted by one of our missionaries that was a typical meal for the area they served (a missionary to Spain submitted Spanish Omelettes). Then we would cook it, talk about the history of that dish, the area it comes from, and the missionary. Then on the Sunday after the video was posted, we put out a recipe card with the recipe on one side and prayer requests for the missionary on the other. This series was a hit and an idea that has been replicated with further success at other churches.

I say all of this to illustrate that not every trend is a good one. Augmented reality and gesture based inputs may still be coming but they certainly weren’t popular in 2011 when I first tried it. Even if they do become popular it will be awhile before it hits that critical level where the average user prefers it over other methods. That idea was so far ahead of its time, that its time may never come. Even clever ideas can be bad ideas.

But cooking shows were and still are great ideas. People have loved cooking shows since before Julia Childs and cooking shows regularly get millions of views on YouTube. It isn’t even a trend anymore it is an established genre. And it was effective. Influencer marketing is the same way. It has been around as long as there has been marketing. Athletes, celebrities, and more have been asked to endorse cereal, cars, presidents, and everything else. But churches are still avoiding influencer marketing.

I’m about to address some of the most common objections to churches using influencer marketing, but addressing objections can be like playing whack-a-mole. There will always be objections until people see a valuable use case. In the next few weeks we will be discussing those use cases so stay tuned and come back.

But I would argue that in avoiding influencer marketing completely, then we are being inauthentic to our intended nature. We were created to be salt and light. We were made to be a part of a community, to be fishers of men, and to be cities on a hill. God established the church with the express purpose of believers being authentic influencers in their families and communities. Yes we may be “micro-influencers” but even if we influence one soul, we are fulfilling our purpose.

Living out loud with an eye toward influencing our culture is our mission. How we do that is where the danger of being inauthentic comes in. But that danger exists whether we are on Instagram or just at our workplace interacting with those around us. Genuine faith is required in all interactions with those around us, not just on social media.

Recently a commenter brought up the possibility of someone joining a church because they are following a personality and influencer rather than making genuine life changing decisions. After all this happens with particularly dynamic preachers or worship leaders, what is to stop it from happening with instagram personalities as well?

And for that matter, what is to prevent it from happening with any marketing? What if your church email just really really convinced someone that VBS was the place to be? If you are avoiding any marketing because you’re afraid of being too persuasive then you’re probably way better at marketing than I am.

But let’s say for a moment that influencers are more likely to inadvertently create a cult of personality than any other type of marketing or persuasion. There are several ways to limit that possibility. The first is by using lots of influencers. One influencer is a personality. Fifty influencers is a church. And an evangelistic church at that. The other way is to focus primarily on smaller influencers. Training and equipping 10 mothers in your church can mean regularly reaching over 10,000 people in your community with authentic, relevant content on social media. And that’s if the moms have an average social following of 1000 people. That is not exactly cult of personality material, but you’re still radically amplifying your church content without spending a dime.

While the other objections are primarily philosophical, most of you pitching this idea to leadership are going to need numbers to make a case. Influencer marketing for churches can be an extremely low cost marketing method. But when done right can be time intensive and potentially even pull volunteers from other areas. So the return on investment needs to justify the time spent. In fact, if your leadership is asking this question, you’re already on the right track.

Measuring the ROI on influencer marketing isn’t difficult but it does force you to be intentional about your goals and key performance metrics. Many churches look at Google Analytics to see if there were more users this month than last month. Many churches look at Facebook Insights to see how many people were “reached” and then call it a day. Neither of those are measuring the ROI on their own. Were your users more or less engaged? What does engagement mean and what should mean? What exactly do you want people to do?

Knowing the actual goals let’s you work backward from there to determine exactly what should be measured. For example, maybe your actual goal is to increase attendance at your VBS (even that should be to increase engagement at VBS rather than attendance but we are going to be simplistic for the purpose of argument here). Measuring the number of people visiting the sign up page on your site, where they came from, and what else they did. This will give you a clear idea of not only how effective your influencer marketing campaign is, but which influencers are the most effective with each type of campaign and the types of resources that enable them to be even more effective. It is easier to measure the ROI on an influencer marketing campaign than it is for a billboard or radio ad.

Infuencer marketing is going to be a thing for churches. You can either learn and get better at it now. Or you can play catch up later. Learning it now means being a pioneer, building a program that will see years of returns and to be the lone player in a field that will eventually become crowded. That head start can be invaluable.

But being a pioneer and trailblazer also means finding all of the obstacles and problems along the way. Now matter what you do now, eventually someone will probably find a better/easier way to do it. You will have to take the time to learn and adapt from failure rather than just scrapping and avoiding it altogether. But you will be the pioneer that those coming behind will look to and learn from. You will be the one that makes those later innovations possible.

The church needs those pioneers so that others can follow their path. Both small churches and big need to show others how it can be done.

Stay tuned over the next couple of weeks to find out how we at Epic Life Creative are being a part of the influencer marketing pioneers and what we have to offer your church. Check out our digital evangelism program and see if it is a good fit for your church. Or better yet, steal our idea and make it better! Tweak and adjust everything we are doing until millions are reached effectively with the Gospel. That’s what we are all here for, let’s do it!

PrevPreviousAre You Reaching Your Digital Members?
Next3 Types Of Influencer Marketing Campaigns For ChurchesNext